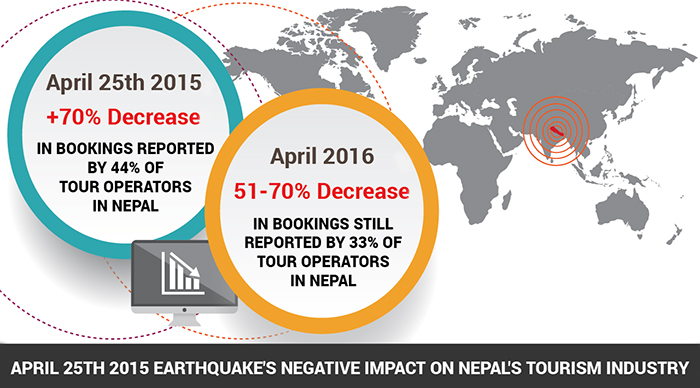 Copenhagen, Denmark – Bookmundi.com conducted a survey with +80 of the largest tour operators in Nepal and concluded that the majority of operators still experience a 31-70% decrease in bookings nearly one year after the April 25th 2015 earthquake.

It’s soon 12 months since the large 7.8 magnitude earthquake struck Nepal on April 25th 2015, killing more than 8,000 people, injuring more than 21,000 people and inflicting direct damages of more than USD 10 billion. Based on a survey conducted by Bookmundi.com with +80 of the largest tour operators in Nepal it is clear that Nepal’s tourism industry is still struggling, nearly 1 year after the earthquake.

The survey results speak for themselves: 12 months after the earthquake 44% of tour and trekking operators still report a 31-70% decrease in bookings, with 33% of them reporting a decrease of more than 70% in tour bookings, compared with the pre-earthquake April 25th 2015 booking levels.

In 2014, Travel and Tourism contributed directly 4.3% to Nepal’s total GDP. If you add the indirect financial impacts also, the tourism industry contributed a staggering 8.9% to Nepal’s GDP in 2014, according to the World Travel and Tourism Council.  Here in April 2016, the fact that 44% of tour operators still report a 31-70% decrease in bookings thus indicates a large blow to the Nepali economy.

A positive indicator on that tourists may already start to return to Nepal later in 2016 is that tour operators report that up to 31% of tourists no longer enquire about earthquake related risks, in connection with booking tours and treks in Nepal.

Nepal’s high season arrives in October, which is likely where most of the tour and trekking operators hope that booking levels will start to return to normal.

The below survey results are based upon feedback from +80 of the largest tour and trekking operators in Nepal collected on April 19th and April 20th 2016: 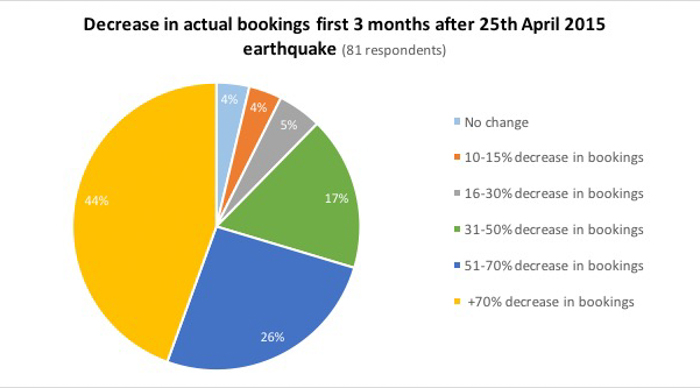 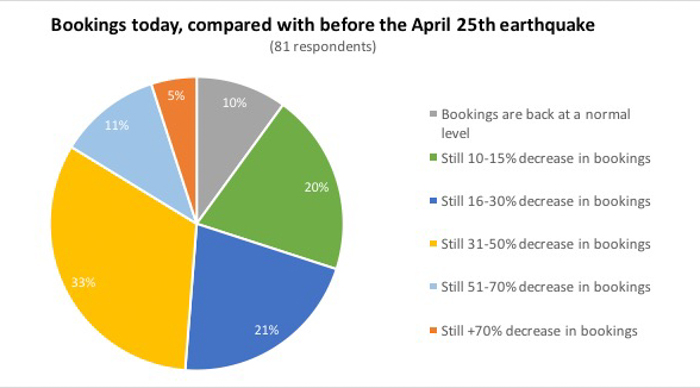 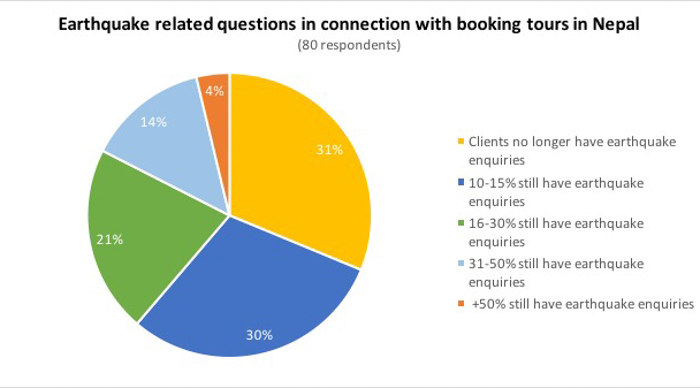 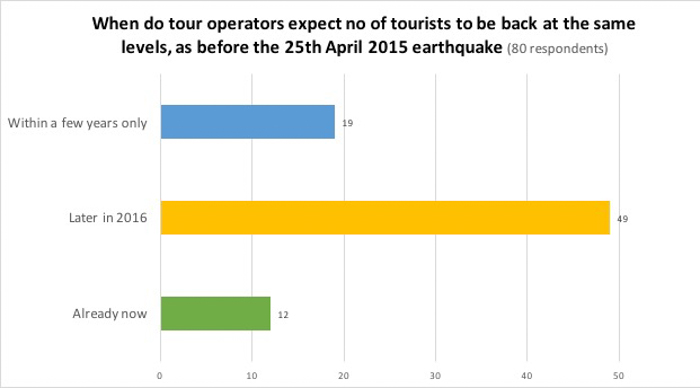 This article was written by founder of Bookmundi.com, Rasmus Juul-Olsen

Bookmundi.com is based in Denmark and is a global travel booking portal selling tours and holiday packages in +60 countries.

Bookmundi is one of the largest travel booking portals in Nepal.