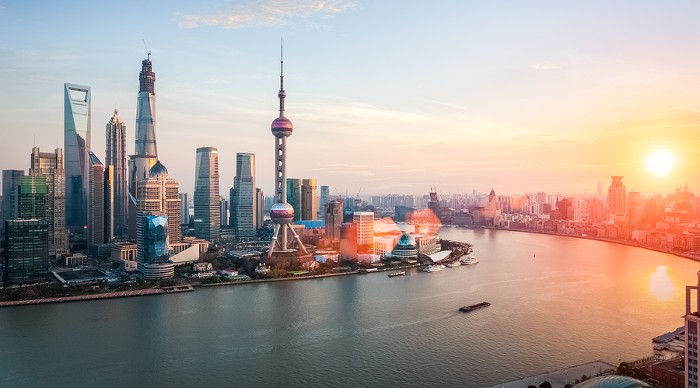 Who isn’t familiar with attractions such as the Terracotta Army or the Great Wall of China? Who hasn’t heard of destinations such as Shanghai and Beijing? The Forbidden City? The Giant Panda? The Ming Dynasty? For a country as big as China, it is surprising to see that so many people aren’t aware of the magnificent wonders that it has on offer. Having Chinese food and exploring the Chinatown in your city doesn’t even count as coming to know China.

If you’re really looking for an incredible travel adventure or an insight into the Chinese civilization, a trip to some of the cities mentioned in this list is a must. And no, simply visiting Hong Kong, Shanghai and Beijing isn’t enough!

The biggest city in China presents an atmosphere that can easily rival the best cities in the world in terms of modern-day attractions. As one of the top economic cities, Shanghai and its businesses have great clout in the world economy. However, what makes Shanghai so special is its unique culture, its historic legacy, those colonial architectural wonders and that spectacular skyline. Oh, and of course, The Bund. Shanghai might not be full of must-sees and attractions like Beijing, but it does present more than enough to keep those interested in modern city life interested.

Here are The must visits in Shanghai for the best venues and happening of the Chinese culture at its very best.

Recommended Beijing article: Top 12 Best Things to do in Beijing

Beijing, the capital of China for more than 700 years, is surely rich in terms of its attractions, and is also home grand historical wonders such as the Forbidden City, the Great Wall of China, Temple of Heaven, Tian’anmen Square and the Summer Palace. Once you’re done exploring these ancient relics, you’d also want to check out modern wonders such as the Water Cube, Olympic Village and the Houhai Entertainment Center. If you’re still left with time on your hands, don’t forget to explore those magnificent gardens and the National Museum of China.

Beach bums will fall in love with Hainan, a place famous for having the best beaches of China. At the very top is Yalong Bay, the pinnacle of China’s beaches. This 7.5 km stretch of sand is the most developed area of Hainan and is home to all kinds of luxury resorts and beach clubs. Water sports, palm trees, surfing and swimming are other adventures drawing travelers to Hainan. Bookmundi recommends you to visit Hainan during off-season as the place is always full of Chinese families in the months of July – October.

A former British colony and a Special Administrative Region of China, Hong Kong is also popular as the Vegas of the east. However, unlike its western cousin, Hong Kong is a city with a soul. Its colonial influences blends with those glamorous casino resorts to present a mesmerizing atmosphere and its beautiful green spaces and beaches never cease to amaze. You’ll want to spend your time gambling and partying while in Hong Kong, but you will also want to give the traveler in you a day or two. Nowhere else will you come across a similar fusion of cultures and a culture that looks like it is a part of China, but still feels entirely unique. P.S. Hong Kong is also famous as a major shopping paradise and the mega-malls of Central, Causeway Bay and Admiralty are sure to cause more damage than all that gambling.

Xi’an was once known to be the capital of China. It served as the first capital city of unified China and also during the Han Dynasty and Tang Dynasty rule. As a result, Xi’an is brimming with historical sites and ancient relics that any historical capital is expected to have. The Terracotta Army is sure to win your heart with its architectural ingenuity, but attractions such as the Great Mosque and the two Buddhist Pagodas are equally beautiful. And if you still need more convincing, Xi’an was a part of the fabled Silk Road and is also home to a prehistoric civilization museum, the Banpo Site. Those interested in learning more about China’s rich history simply cannot leave this city out of their itineraries.

Mere mentions of Chengdu reminds us of the beautiful Panda Village from Kungfu Panda. Well, Chengdu might not introduce you to pandas living like humans, but it certainly lets you meet the giant panda in its own backyard. Sure, you could see these pandas in zoos in Beijing or Shanghai, but where’s the fun in that? What you should rather do is head over to the Bifengxia Panda Center or the Chengdu Panda Center. And if you still need more coaxing, Chengdu is home to a number of historical sites such as the Qingyang Palace and the Sanxingdui Ruins Museum. It is also the gateway to China’s famous Jiuzhaigou Valley, often described as a fairytale land because of its breathtaking turquoise lakes, waterfalls and karst mountain views.

Hongcun, a village that dates back 900 years, must feature on your itineraries because of its unique architecture and peaceful atmosphere. With the magnificent Huangshan Mountain as a backdrop, the city certainly feels beautiful and exotic, and its classic structures and friendly locals simply add to the vibe. Watching farmers working in their rice fields and walking along those narrow lanes is sure to please the photographer in you.

Lhasa, the capital city of the Tibet Autonomous Region of China, is a city without equal. Considered to be the perfect gateway to explore Tibet and those heavenly wonders such as Mount Kailash and Lake Namtso, Lhasa has often been called the Palace of the Gods. It was once home to the great Dalai Lama and as a result, it is now steeped in Buddhism. Potala Palace, the former home of the Dalai Lama, tops the list of places to see in Tibet, but the Drepung Monastery, Jokhang Temple and Norbulingka are also famous.

Marco Polo had once called Hangzhou the most beautiful city in the world. The Chinese also believed that the city came right below heaven. What makes Hangzhou so mesmerizing is its spectacular gardens, lakeside teahouses, magnificent temples, reflecting pools and countless historical sites such as the Six Harmonies Pagoda and Lingyin Temple.

Yangshuo was once a haven for backpackers, but has now been drawing all kinds of travelers interested in watching verdant green hills that rise up to the heavens or exploring jaw-dropping rivers and waterfalls. The best thing to do in Yangshuo is to rent a bike, explore one of its many trails and get lost in all that natural beauty. Alternatively, you could rent a boat and view the stunning scenes from the Yi River.

China is one of the most fascinating countries on the planet, and it certainly warrants exploration. An ancient civilization that still clings to its centuries-old culture is sure to excite and amaze you and all those magnificent relics will leave you stunned and speechless. The language barrier can become frustrating while visiting China, but the country is certainly worth your while.

If you are visiting China any time soon then don’t forget to check out our list of Top 15 Attractions in China and also the Scenic Train Journeys Across China.