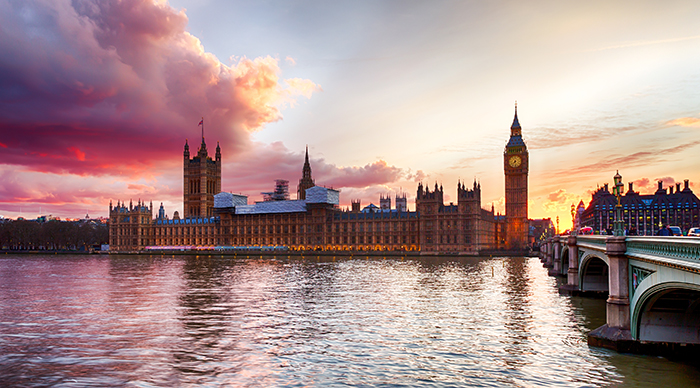 There are few cities on the planet where people pour in from all corners of the world to explore, work or live together in a melting pot of cultures. As one of the economic powerhouses of the 21st century, London presents a fascinating image – one that is steeped in history without ignoring the future. It is among the few cities that can take you thousands of years into the past and also let you explore what the future holds in store for you. There’s enough innovation and technology around to leave you spellbound, but those century-old stories often end up being the highlight of your tour.

You also have a fascinating collection of nightclubs, bars and restaurants to choose from, and what’s not to love about a country that immerses itself in lush green spaces for its locals. We often argue about the best city on the planet, but here are 10 reasons why London is the best city in the world, leaving other heavyweights such as New York City, Barcelona and Paris miles behind.

London was founded in the year 43 AD and has managed to hold onto an architectural past encompassing 2000 years. You can still see architectural gems from the Roman, Victorian and Tudor periods standing tall in the city. There are as many as four UNESCO World Heritage Sites to explore. And you’re never far away from a castle, a building of great political importance or an architectural marvel.

Some of the top historical attractions in London include:

London has always been synonymous with the world of fashion. Some of the greatest fashion brands that the world has ever seen made their humble beginnings in this iconic city. London has also been responsible for bringing countless avant-garde designers into the spotlight. The London Fashion Week ranks among the most influential and prestigious fashion shows around the world and its edgy street fashion scene is without rival. Supermodels such as Naomi Campbell, Cara Delevigne and Kate Moss call London and iconic brands such as Mulberry and Burberry are made to seem so commonplace here.

London is a true shopper’s paradise. Its fashion scene is without equal, but the city doesn’t just excel itself in fashion. It also promises one of the grandest shopping adventures of your life, experiences that range from the luxurious settings of world-famous department stores such as Selfridges and Harrods to hidden flea markets and vintage stores that promise to be a treasure trove of quaint collectibles. The city also hosts a number of bloggers who help you find the most inspired pieces through their fashion and lifestyle blogs.

Some of the top shopping districts in London include:

No matter how long you’ve lived in London, there’s always something new to see and explore. London hosts all kinds of attractions that suit all sorts of preferences, and there’s always something interesting going on in the city. London hosts a grand number of attractions, museums, cultural exhibits and adventures, and there’s no reason to get bored, irrespective of how long you plan to live here. No matter the time of the day or year, London is full of things to do. From iconic attractions such as the Buckingham Palace and Big Ben to more than 170 museums, from endless parklands to quirky cafes, there’s something for all sorts of people.

The food in London is as diverse as its culture. The city attracts people from all over the world, and each community leaves its trace on London’s food scene. Sunday lunches are main events here. From street markets to Michelin-starred restaurants, London has just about something for everyone. British food is equally good as well. It often gets a bad rap, but London might truly change how you look at iconic British staples.

Afternoon tea is a grand affair as well. Considered to be the ultimate indulgence, this British institution is served at restaurants and cafes around town and you get to choose from all kinds of quirky adventures, ranging from uber-glamorous affairs to fairy-tale inspired experiences. Some of the top spots for afternoon tea include Claridge’s, The Dorchester, The Berkeley, 108 Pantry and Columbia Restaurant.

Staying clear of crowds and getting away from those blaring car horns isn’t difficult when you’re in London. No matter which part of the city you live in, you’re always close to a garden or parkland that offers some much-needed respite from busy city scenes and lets you get a whiff of nature, refreshing your energies. As much as 47% of the city is covered in parklands, there are more than 8 million trees, some of which date back 2000 years; you’d really think of London as an urban forest. London might resemble a concrete jungle, but this economic powerhouse really does have more green spaces than any other major city on the planet.

Some of the top parks of London include:

London is as artistic as you want it to be. The city is covered with beautiful street art and that’s just the beginning. You have all kinds of shows, cultural events and art galleries to choose from, and you’re really in for a special journey through the world of art every time you step foot in London. There’s always a new exhibition or event to become a part of and you also get to see some of the best and most iconic paintings of all time in the city. You really can’t go wrong while choosing the top art galleries in the British capital and you have everything that you could possibly desire, from classical and obscure to fancy and modern.

Some of the top art collections in London can be seen in:

London is one of the most diverse cities on the planet. The city speaks more than 300 languages, making it the most interesting and exciting place to be in. A trip to London is literally like exploring the entire world, for you have communities from all parts of the world living here. You get refreshing insights into various cultures and there’s always a place for you in the city, irrespective of your ethnicity, race, religion, sexual orientation or gender. Taking into account the recent BREXIT, among others caused by the debate about immigration issues, it was amazing to see the multi ethnic society of London vote remain. Perhaps, truly having a global society is what it takes to make fears and anxiety about immigrants fade away.

Many of the best cities around the world have one thing in common – their burgeoning theater scene. Theater in London is an experience worth savoring for it doesn’t get better than this.

Watching a show in the glitzy West End might force you to shell out a small fortune, but it is well worth the experience. There are more than 230 theaters in London so you can be rest assured of finding something that’s just perfect. For an entirely unique experience, head over to the Globe Theater to see the great master’s plays performed as they were during the Tudor period.

Despite the recent BREXIT vote, what makes London so beautiful is that it is as international as it is British. It manages to retain classic British elements and combine them with influences from all over the world to present a melting pot of cultures, making it a city of the world in the truest sense. This sprawling wonder has an endless string of attractions that range from ancient sites to modern phenomenon, and you’re always sure to have a blast here.

Feel like we’ve missed out on why London is the best city to visit? Let us know using the comments below.