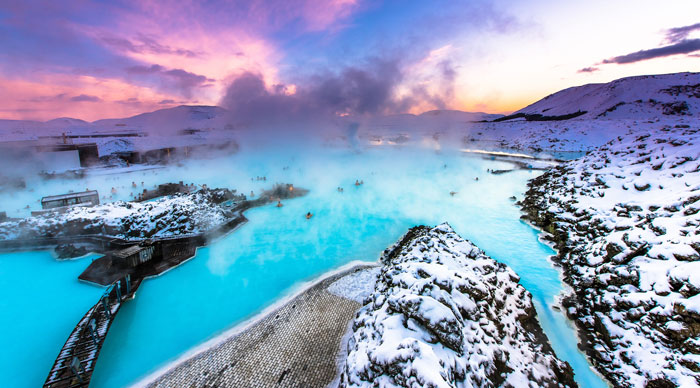 The best stories can often be found in the most exciting of destinations. Each year, the world of travel introduces us to new destinations, developing nations opening their borders to tourism and new hotels, attractions and restaurants worth exploring.

Considering the endless possibilities and those countless destinations, it becomes difficult to zero in on a destination for your upcoming holiday. To help you shorten your search, Bookmundi scoured travel locales around the world to present the hottest travel destinations for 2016.

Trans-Siberian is THE train ride to enjoy, and considering that it is scheduled for its centennial journey in the year 2016, you really don’t have an excuse to avoid that much-awaited trip to Russia. The journey takes you through 6000 miles of steppes and forests of Siberia and the landscape is as mesmerizing as it gets. Better yet, the train ride takes you back in time, a time where travel was considered romantic and the advent of technology hadn’t spoiled your surprise even before you stepped foot into the country.

Iceland is one of the top destinations for those searching for off-the-beaten-path adventures this year. Famous for its black sand beaches, beautiful waterfalls and majestic volcanoes, a trip to Iceland is always high on nature. Adventure lovers fall in love with those volcano tours, whale watching expeditions and sailing trips while couples simply cannot look beyond the incredible Blue Lagoon. 2016 also sees Iceland open up the town of Egilsstadir to visitors through direct flight connections which presents an entirely new wonderland in the east. The eastern coast is relatively unexplored and this means that you could enjoy grand hiking expeditions and visit jade colored lakes all by yourself.

Edinburgh might reserved, sophisticated and orderly, but Glasgow is entirely the opposite. Cool, trendy and sexy, the second son of Scotland has a reputation for being stubborn, exciting and thrilling. It has a rebellious teenage vibe and its grand music scene really pumps you into action. From world-famous clubs such as King Tut’s Wah Wah Hut to street artists busting tunes in Buchanan Street, Glasgow’s beats are without rival. The ideal time for nature lovers to visit the city is between the months of March to May, when it is bathed with spring flowers. And if you’re an adventure or music buff, you cannot miss out on those cultural events and festivals that take place in the months of June to August and also in December.

Osaka has emerged as one of the hottest travel destinations for 2016, and it certainly deserves a place on your bucket list. Famous as the hottest place to be for foodies visiting Japan, Osaka is where you get some of the best Kobe beef, sushi and udon noodles. Bookmundi also recommends you to try local delicacies such as the Tako Tamago and takoyaki. If you’re looking to beat the crowds and enjoy a Japan which feels more authentic than the chaotic scenes of Tokyo or Kyoto, Osaka is where you need to be.

With an island for all kinds of travelers, there is no surprise that the Philippines finally makes it to the top destinations around the world. The country is home to more than 7000 islands, out of which just 2000 are inhabited, with each island offering something spectacular, something unique. Manila is where you get a glimpse into the Filipino way of life, but don’t linger in this crowded metropolis for long. Sure it has some great nightlife and old Spanish churches to explore, but the true beauty of the Philippines can only be found in those pink sands of Great Santa Cruz Island, corals of Siargao and Apo islands, rice terraces of the northern Luzon and 1300 species of wildlife in the southern Mindanao. The best time to visit the islands is during the dry season, i.e., the months of November to February.

Irrespective of which calendar year you choose to travel, you’re bound to see Rome in the list of the hottest travel destinations. That said, the Eternal City is sure to feel even more special in the year 2016 as Pope Francis named this year, the year of mercy. Moreover, the Trevi fountain has also opened after a long restoration project and the Spanish Steps restorations shall also be completed by spring. Apart from the pilgrim footpath that leads from Castel Sant’Angelo to the Saint Peter’s, you can also choose a walking adventure through the countryside, meet interesting people and stay in fascinating homestays. The most exciting and picturesque trail is Via Podensis, which starts in the Massif Cathedral and ends at the foot of the Pyrenees.

Kotor is one of the cities you simply must visit in the year 2016. Kotor is as beautiful as it gets and it literally looks like a coastal city from another era. Located in a secluded Bay of Kotor, this is where gorgeous yachts drop anchor for the summer and New Year parties last through the night in ancient Gothic palaces. Apart from the glitz and glamor, Kotor is also famous for its beautiful old town setting, historical attractions, Romeo-and-Juliet balconies and exquisite piazzas.

With news of floods filling your TV screens, it is difficult to determine just how beautiful the area really is, but once you come face to face with those charming locales and Victorian architectural gems, you realize that this is one of the best places to visit in Lakeland. The area attracts as many as 15 million visitors each year, and considering its gleamy lakes, picture-perfect hilltops, beautiful old-world towns and postcard-like settings, it isn’t difficult to imagine why. To put things into perspective, the Lake District is where William Wordsworth was raised, and the beautiful house where he grew up shall also be reopened in the month of March. The year also marks the 150th birth anniversary of Beatrix Potter, the savior of the national park, and its biggest highlight is Hill Top, her original farmhouse located in Near Sawrey. Visitors also have all kinds of events and festivals such as the literary festival for kids at the Wray Castle to look forward to.

People have been calling 2016 ‘the year of Australia’, and for good reason. The country has finally managed to make it to the big scene. After years of seducing the world with its breathtaking natural beauty, exotic coastal drives, enchanting wine regions, refreshing cuisines, great wildlife and spectacular beaches, it is finally ready to come out and compete with the big guns. Melbourne is famous for its food scene while Sydney takes away the limelight in terms of architecture. Tasmania introduces you to award-winning whiskeys and wine regions such as Barossa and Margaret River are as good as they get. Add to this 16000 miles of coast, beautiful cruises, picturesque harbors and the Great Barrier Reef, and you really don’t have any reason to say no.

We’d love to shortlist a particular destination in India, but like Australia, it offers just about everything for all kinds of travelers in its various regions. India and its landscape is currently dominating world book thanks to Disney’s upcoming release, The Jungle Book. Moreover, the Indian government recently introduced e-visas for certain countries, and this also makes travel a lot easier. For those into the splendor of yesteryears, one doesn’t need to look beyond the forts and palaces of Rajasthan, Mughal wonders of Delhi and colonial architecture of Kolkata. Those inspired by Jungle Book will fall in love with the country’s tiger reserves such as Tadoba, Satpura and Kanha. And if you’re dreaming of exotic food and a great city life, all you have to do is visit cities like Mumbai and Bangalore. Last but not the least, nature lovers cannot resist the charms of the incredible south and couples must experience those sinfully romantic houseboat rides in Kerala’s backwaters.

Any one of these destinations can end up becoming the highlight of your year. Each country is special in its own right, and each destination is currently trending. So book your journeys, start packing and plan out the most irresistible adventure of your lifetime. And if you’re still searching for the hottest tours and adventures, all you have to do is browse through Bookmundi’s list of private and group tours.