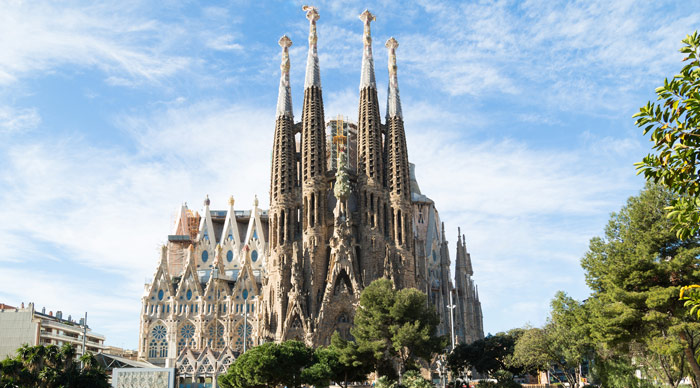 They say that if there is time to see a single attraction while in Barcelona, you simply have to visit the La Sagrada Familia. This awe-inspiring cathedral is unlike any other in the world.

We’re still trying to understand what sounds crazier, the fact that it is under construction for more than 100 years and still won’t be complete before 2026 or the fact that it attracts as many as 2.8 million visitors per year!!! The temple was designed by none other than Antoni Gaudi and it ended becoming his biggest obsession. He began to contribute his own funds when others dried up and never shied away from pleading for money towards the last few years of his life.

Even more spectacular is the fact that the Sagrada Familia started its journey as the brainchild of a single architect, but soon ended up incorporating generations of enthusiasts and professionals in its fold. When the final stone shall be set in place, the Sagrada Familia will emerge as the tallest church in the world, and perhaps one of the most controversial and one of the strangest, yet one of the most inspiring and moving places of worship. 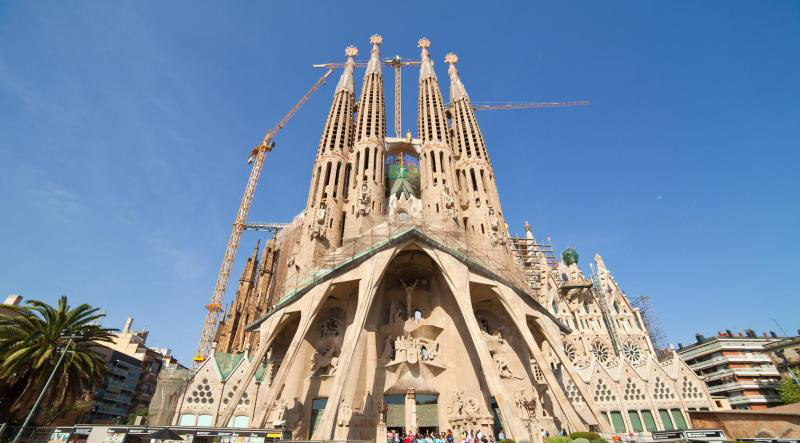 Gaudi dreamed of a 90m long, 60m wide temple that had a 170m high central tower and 17 other towers of 10m and could host as many as 13000 people. 5 of the towers represent Virgin Mary and the four Evangelists while the other 12 represent the Apostles. Gaudi was famous for his strong dislike of straight lines, which made him give the towers swelling outlines and weird-but-fascinating peaks enshrined within all kinds of sculptural masterpieces that seem to be growing out of the stone. At the time of Gaudi’s death, only one of the towers, one portal, the apse wall and the crypt were complete. Work continued over the years and today, the temple takes care of its own construction using the funds generated from tours. Today, La Sagrada Familia looks like something that is a combination of a gingerbread house made by a wicked witch and a termite nest made out of huge boulders. It has always been at the center of controversy, but even the haters agree that the church does bring about a sense of awe and amazement.

The Apse and the Interiors

The roofing of the Sagrada Familia was complete by the year 2010. It is supported using a column of angled pillars that transform into a web of branches as they rise towards the ceiling, giving the effect of a forest canopy. Geometric stars decorate the ceiling and open hyperboloids suck in the light to personify the canopy of heaven. The greens, yellows, red and blues coming in through those stained-glass windows also create a dappled effect and present constantly shifting patterns on walls that are already decorated with flowers, cherries and grapes. Everything was thought of by Gaudi, including the placement of the windows to play with sunlight in the best possible manner and the use of burgundy porphyry for the main columns of the transept and the intersection. 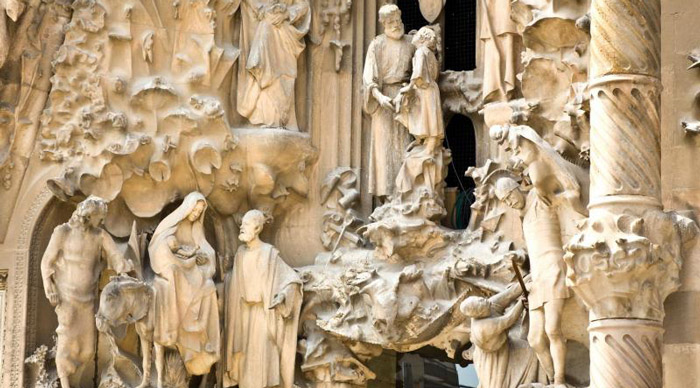 Nativity Façade, the first and most popular façade of the cathedral, is full of motifs of plants and animals and was designed in a beautiful Baroque style by Gaudi himself. Any doubts you might have had about the beauty of La Sagrada Familia get dispelled the moment you take a look at its colors. The presentation and use of space is astonishing to say the least, and you always feel an emotional punch, irrespective of how many times you see the artistry on display.

Right opposite the Nativity Façade lies the Passion Façade which hosts sculptures that depict the crucified Christ. The third and main façade of the building is the Glory Façade. Construction of the façade began in the year 2002 and it is still a work in progress. When complete, this façade is expected to picturize life and death.