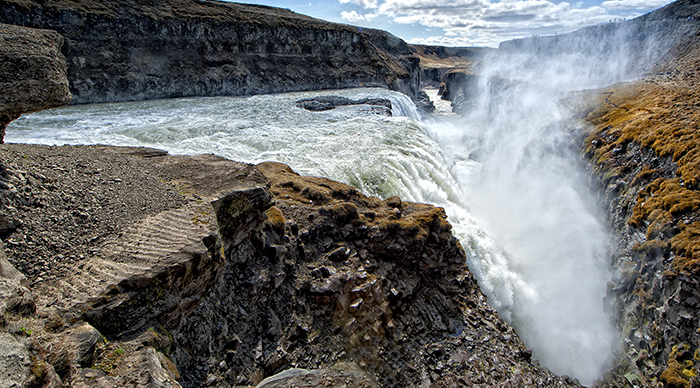 You’re often fighting to reach there first, jostling for space, cussing your way through serpentine queues, but you’re still making those trips year after year. London, NYC, Barcelona, Rome and Venice receive millions of visitors each year, and despite the lack of privacy and huge queues, the lines never cease to stop.

But, is it really worth the experience? Isn’t there a viable alternative to these destinations? We scoured through the planet to present this list of the top 10 underrated travel destinations around the world. The cities on this list might not be as huge or popular, but they’re every bit as exciting and adventurous, minus the crowds!!

Ghost tours, incredible architecture, rich history, grand castles, mesmerizing views and great people. What’s there not to love about Poland! Medieval cities like Krakow and energetic hubs like Warsaw vie for your attention while the enchanting countryside invites you to an overdose of natural beauty and fresh air. The stunning mountains and rivers offer endless options for hiking and adventure sports and the food here is always cooked to perfection. A trip to Poland is all about diving into its beautiful culture, spending time with the locals, exploring history dating back a thousand years and simply having some old-fashioned fun.

Some of the top attractions of Poland include:

Neighboring Costa Rica steals all the limelight, but this Central American country is just as stunning, just as beautiful and just as great in terms of its wildlife adventures and biodiversity. People often hurry through Honduras, but the country is slowing beginning to offer a safe haven to travelers. Honduras is among the cheapest countries in the region, meaning that you can save a lot of money as well.

Some of the top attractions of the Honduras include:

Grand castles are at the center of your Welsh experience. The country is full of mesmerizing castles and you can literally see a new castle each day of the year and still not cover everything that Wales has on offer. To get an entirely unique perspective of the UK, visit Cardiff, a place that has more green space per capita than any other city in the UK. The Cardiff Castle is so beautiful that it often forces you to come back for a second tour, and if you’re a fan of the legendary Doctor Who show, you simply cannot miss out on the Doctor Who Experience. Wales might be small and compact, but it is still rich in natural beauty and adventure escapes. Its extensive network of hiking trails makes it a paradise for hikers and nature lovers and its untamed islands rank among the top sanctuaries of Europe.

Attractions worth exploring include:

Those exotic beaches of the Mediterranean have long been overtaken by tourists and you’re not likely to find a quaint hotspot to call your own. If you’re in love with beaches and wish to enjoy some of the best beaches minus the huge crowds that they attract, simply head over to Mozambique, an untamed country hosting 2500 kms of secluded beaches that are perfect for scuba diving and snorkeling. Mozambique also offers a rich history and its constant struggles with ivory hunters, gold, slaves and pirates promises endless tales, legends and explorations. Save some time for good food as well, for the country boasts of being one of the top destinations in the world for seafood lovers.

Some of the top things to see and do in Mozambique include:

India, Sri Lanka, China, Nepal… with so many heavyweights to compete with, Bhutan often loses out on the number of visitors it manages to attract each year. Getting into Bhutan is quite challenging and expensive as well, further deterring tourists from visiting the country. But those who do manage to travel to Bhutan are often engulfed in an aura of mystery and magic, for this great Himalayan kingdom has a history and culture of its own, attractions and traditions that spent centuries staying isolated from the rest of the world. The locals still prefer to wear traditional dresses on the streets and the beautiful Dzongka architecture can be seen in every inch of the country. The Best of Bhutan Tour offers visits to prominent Bhutanese cities like the capital city of Thimpu, Paro and and the old kingdom of Punakha. But what makes your journey so special is the country’s penchant for presenting raw natural beauty at every step. After all, this is the last Shangri La!

Top attractions of Bhutan include:

It doesn’t get younger than Kosovo. As one of the newest countries of the 21st century, Kosovo has been quick in making a name for itself throughout Europe. It presents a beautiful atmosphere and reminds you why European destinations feel so special. Coffee shops and restaurants are almost always full and you see bars offering drinks on the low without compromising on the quality or the atmosphere. Away from the cities, charming mountain towns introduce you to incredible hikes and 13th century monasteries, off-the-beaten-path adventures and adventure activities.

Some of the top places to visit in Kosovo include:

More and more people are opening up to the idea of traveling to Iceland thanks to movies and TV shows such as Star Trek: Into Darkness and Game of Thrones. However, despite all the popularity and fanfare, Iceland still ranks as one of the most underrated travel destinations around the world. The country is a haven for adventure lovers and outdoor enthusiasts. Its stunning blue lagoon forces you to pinch yourself, for something so beautiful, so serene feels like a fantasy. Its grand fjords promise great adventures and if you’re in love with the Northern Lights phenomenon, this is one of the best places to be. Iceland is also steeped in Viking history and folklore, promising great stories and incredible fantasies.

Some of the top places to visit in Iceland include:

With Peru, Chile, Argentina and Brazil as neighbors, you’d understand why Bolivia doesn’t attract too many tourists. Being landlocked from all sides, it will never manage to compete with those exotic South American coastlines. But what it lacks in terms of beaches, it more than makes up with its fascinating biodiversity. Despite being located so close to the equator, Bolivia offers a variety of travel experiences, from the soaring heights of the Andes to the dense jungles of the Amazon. Its stunning red lakes have become popular around the world and the county is home to some of the highest volcanoes and largest salt flats on the planet. The capital city of Bolivia presents a great laid-back atmosphere and is littered with prehistoric sites for those interested in history. A large percentage of the country’s land is preserved in the form of mountains, lakes, rivers and forests, and this makes your adventures even more rewarding.

Some of the top places to visit in Bolivia include:

Considering the sheer number of beaches and islands that the Philippines has in store for its visitors, you’d expect it to attract lots of travelers. Unfortunately, the country has exotic Asian havens such as Indonesia and Thailand to compete with. Those who do come to the country have miles of white sand beaches to choose from and many of these gorgeous stretches also find a place in the list of the top beaches around the world. The country also hosts a number of rare species as well as the world’s smallest volcano. Better yet, the temperature is warm and comfortable, and you never have to bother about packing for extremes. And if you love shopping, the country has some of the largest shopping malls in the world as well as a great collection of handicrafts.

Some of the top places to visit in the Philippines include:

Cuba is slowly opening itself up to Americans and is finally getting the attention it deserves. This gem of a country remains largely unexplored, but don’t expect Cuba to remain a priceless travel destination for long. Cuba’s biggest charm is that it feels like you’ve stepped back into time the moment you step foot in Cuba. Neo-classical architecture and colonial buildings dominate your view and Cadillacs dating back to the 1950s can be seen all around you, reminding you of the romance of yesteryears. If your interest lies in history then a walking tour of Old Havana might be just what you are looking for in Cuba. Almost every individual is well versed with some form of art or the other and the country also whips up some of the best beaches on the planet. Those dreaming of sultry city breaks will fall in love with Havana, its great culture and fantastic nightlife, while the tobacco heartlands of Vinales are sure to excite nature and adventure lovers.

Some of the top places to visit in Cuba include:

Popular cities and hotspots certainly have their own charm, but if you’re interested in doing something new and unique, exploring the unexplored and coming close to fantasy-like scenes, the world’s most underrated travel destinations are sure to rank high on your bucket list.

While these are the most underrated places worth a visit by any travel enthusiast, you might also want to check out BookMundi‘s lists of Top 30 Most Visited Travel Attractions Around the World in 2016, Top 12 Most Visited Attractions Around the World and Top 30 Best Travel Destinations in 2016 that will give you a good idea for your next travel escape.