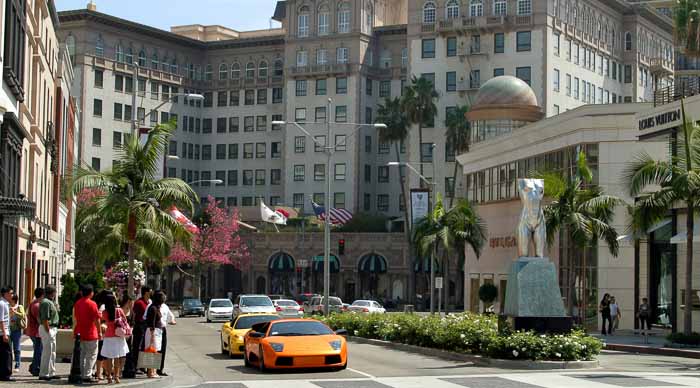 Home to some of the most iconic sights and constructions on the planet, Los Angeles ranks among one of the top cities in the world. It boasts of a fascinating, fast-paced lifestyle and is famous for being a global center for fashion, finance, art and culture. Considered to be a beacon of hope for dreamers and doers alike, Los Angeles emerges as an open-minded beauty who encourages her souls to live free and live it large. The city might have popularized things like skateboarding and gangster rap, but it was also the one that introduced the wisdom of Eastern yogis to the West.

Although a journey to Los Angeles seems to be incredibly straightforward, it ends up being indefinitely complex. However, once you navigate through its maze-like streets, it opens up a world of opportunity right in front of you. Without further ado, here are the top 12 best things to do in Los Angeles:

It might be incredibly expensive, but a trip to Los Angeles is never complete without a trip to the glittery Rodeo Drive (if only for window shopping). This fascinating shopping destination was immortalized by Julia Roberts in Pretty Woman and is home to the greatest brands in the world, right from Escada to Prada. It features a European-styled atmosphere and offers a cobblestoned lane that is lined with elegant boutiques and outdoor cafes which are the perfect spots for people watching.

Interesting fact – If you’re a fan of Frank Lloyd Wright’s work, you simply cannot miss out on the 1953 Anderton Court. It might not be his best work, but it’s certainly worth a watch. 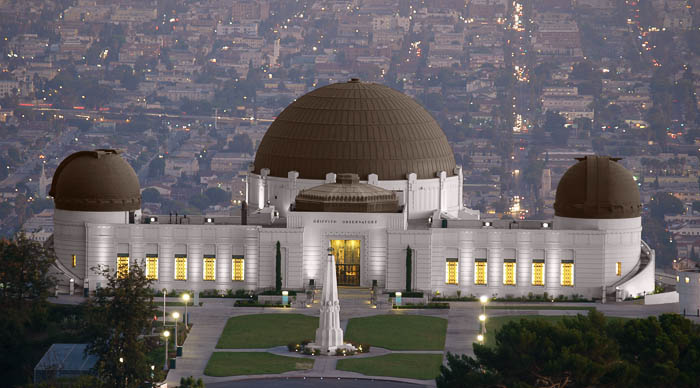 The Griffith Observatory overlooks the entire Los Angeles basin and is known to offer unparalleled views. Photo-ops and selfies might be the THING to do, but the Griffith Observatory is actually much more than that. It is home to some exciting exhibitions as well as a planetarium. It also ranks among one of the must-see attractions in Los Angeles. Don’t forget to spend some time at the Griffith Park, a 4200 acre wonderland that is famous as the largest urban park in the US. It boasts of more than 50 miles of biking and hiking trails and also includes numerous lagoons and waterfalls.

Interesting Fact – With more than 70 million people visiting the site since its inception, the Griffith Observatory has become one of the most popular and loved attractions in the city. 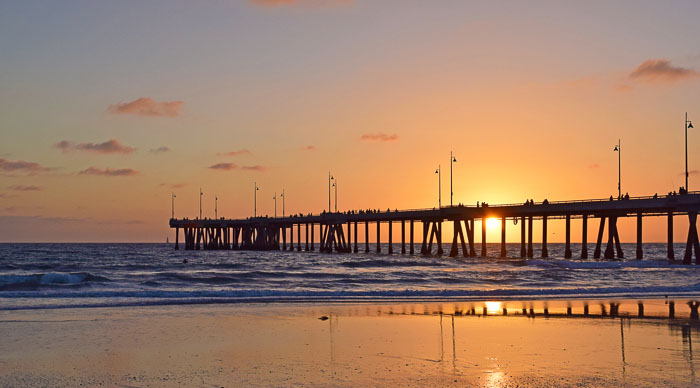 The Venice Beach is modeled after – you got that right – Venice. The experiment was developed in the 20th century, but failed to live up to the aura created by its Italian counterpart. However, over the years, Venice Beach has managed to become distinctly Californian and emerge as one of the top traveler hotspots in Los Angeles. It is full of funky boutiques, towering churches and intimate pizzerias, and you can find all sorts of cuisines here. The most popular attraction of Venice Beach is its boardwalk, which hosts a daily procession of scantily clad beach goers and funny characters. The neighborhood might appear to be borderline quirky, but its quirkiness is what makes it so unique.

Interesting Fact – Venice Beach is full of restaurants, specialty shops and spas, but it also features all sorts of singers, street entertainers, magicians and fortune tellers. 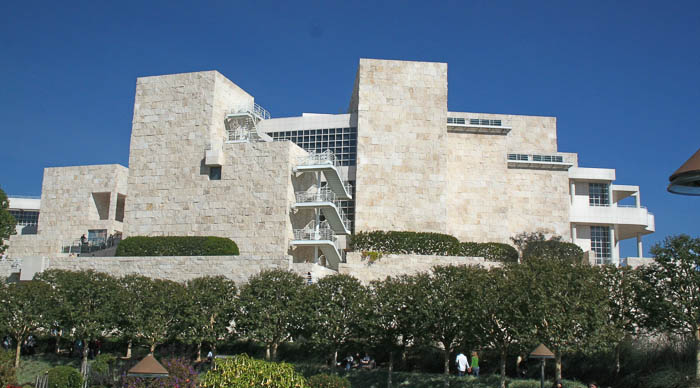 The Getty Center is famous for three stellar delights – a fascinating art collection, breathtaking gardens and cutting-edge architecture. If you’re lucky enough to visit the Getty Center on a clear day, you are also treated to tantalizing views of the ocean and the city. The Getty Center is spread over 5 buildings in a 110 acre campus and is home to a breathtaking assortment of photographs, paintings, decorative arts, furniture and drawings. Some of the main highlights include Irises (Van Gogh), Wheatstacks (Monet), Venus and Adonis (Titian) and The Abduction (Rembrandt).

Interesting Fact – The best time to visit the Getty Center is late in the afternoon, once the crowds have thinned. This also lets you check out the breathtaking sunset views that the place has to offer. 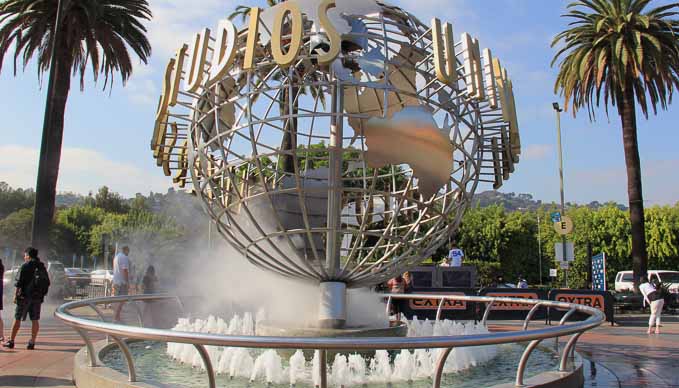 Considered to be the most popular Universal Studios property in the world, Universal Studios Hollywood offers a unique experience that provides fun activities for the entire family. We recommend you to choose the VIP experience tour that lets you get pampered like a star and offers behind-the-scenes access into the largest theme park and movie studio in the world. Some of the most popular attractions at the Universal Studios Hollywood include The NBC Universal Experience, King Kong 360 3-D, Transformers: The Ride, Behind-the-Scenes Studio Tour, Despicable Me Minion Mayhem, The Simpsons Ride, Revenge of the Mummy, Shrek 4-D and Jurassic Park.

Interesting Fact – The best seats on the tram are always in the second or the third car, and never in the first. 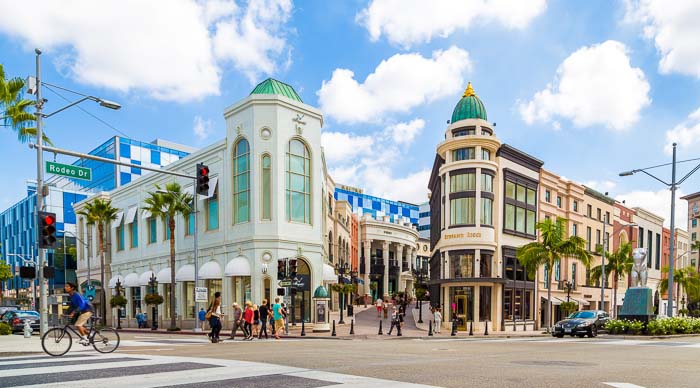 One of the best ways to experience the sights of Los Angeles is through a hop-on hop-off tour that offers you a 24-hour, 48-hour or 72-hour pass. The tour lets you explore Downtown Los Angeles, Hollywood, Beverly Hills and the Santa Monica Pier areas and is available in 9 different languages. This exciting tour takes place in an open air double-decker bus which lets you take in the exotic views and cover the city at your own pace. See all of the main sights in Los Angeles in a single tour and get plenty of time to look around and explore the city as well. 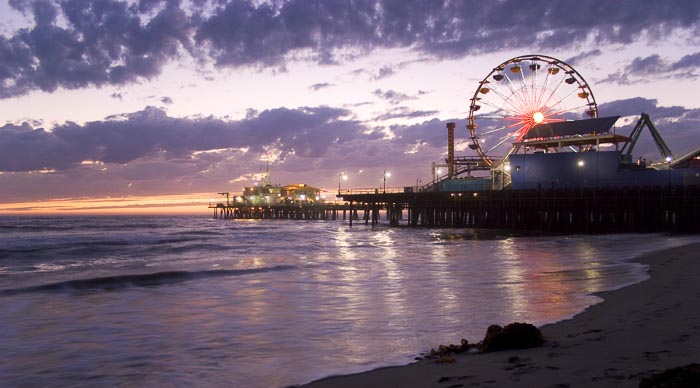 The Santa Monica Pier dates all the way back to the year 1908 and has always been high on the list of things to do in Los Angeles for most tourists. Considered to be one of the most enthralling landmarks in the city, the Santa Monica Pier offers all sorts of attractions such as a roller coaster, an aquarium, free concerts, outdoor movies, carnival games and a Ferris wheel. There are a number of bars and restaurants located in the area as well. The Santa Monica beach, immortalized by the hit TV show Baywatch, is also known to be one of the most legendary beaches in the US. It boasts of a beautiful shoreline that stretches over 3 miles and is famous for its bevy of attractions, incredible atmosphere and soft sand.

Interesting Fact – Don’t forget to giddy up those beautiful horses that can be found in the 1922 carousel, located near the pier entrance. The carousel also featured in the movie The Sting. 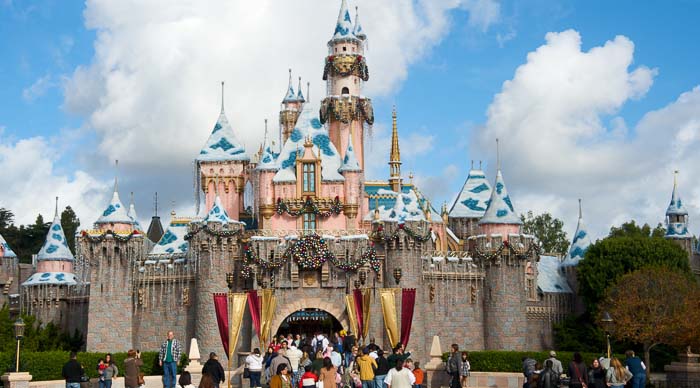 No one is too old for Mickey and Minnie. Disneyland, the legendary theme park, is home to all things cool and fascinating which boast of an aura that cannot be matched by the mythical lands of Westeros either. The place makes your favorite cartoon characters come to life in fantasy-like environments and lets you relive all your childhood fantasies. Step into the wooded house of Winnie the Pooh or enjoy a behind-the-scenes tour of Disney films, chase the mouse around Mickey’s Toontown or enjoy stomach-churning rides at the Space Mountain, the options are truly endless.

Interesting Fact – Did you know that all plants that can be found in Tomorrowland are edible? And if you’re looking for some alcohol while in Disneyland, Club 33 is the only place where you can get some.

The Nethercutt Museum is the true Californian star, with its unparalleled collection of vintage automobiles and accessories. The collection has been assembled by J.B. Nethercutt and his wife, and it represents a lifelong dedication to automobiles and a love for beauty in design. The collection boasts of more than 250 European and American automobiles that date from 1898 to the year 1997. What makes it so special is that each item has been painstakingly restored and is in perfect working condition.

Interesting Fact – Many of the automobiles in the collection take part in prestigious concurs throughout the US, and often receive numerous awards as well.

The Watts Tower was constructed by Simon Rodia between the years 1921 and 1955. It is a collection of 17 unique structures that were created by wrapping steel rods in wire mesh and coating them with cement. What makes this construction so unique is that you can find all sorts of scraps such as shells, bottle tiles and ceramics embedded in almost each and every inch of the tower. The Watts Tower was later categorized as a National Historic Landmark and is now famous as one of the most widely recognized works of art in California.

Interesting Fact – The Watts Towers have been built without any machine equipment or scaffolding or drawing board designs, using things like simple tools and pipe fitter pliers.

If a hop-on hop-off tour isn’t something that excites you, you could also try out the 3-hour Electric Bike Tour which covers areas such as the Venice Canals, Venice Beach and the Santa Monica Beach. The tour is a semi-private tour and is held for a maximum of 5 people at a time. Each group is offered four snapshots which are edited and emailed later. This tour is considered to be one of the best ways to hear interesting stories about Los Angeles and come in contact with guides who are an in-depth knowledge of the history, art and architecture of the city. 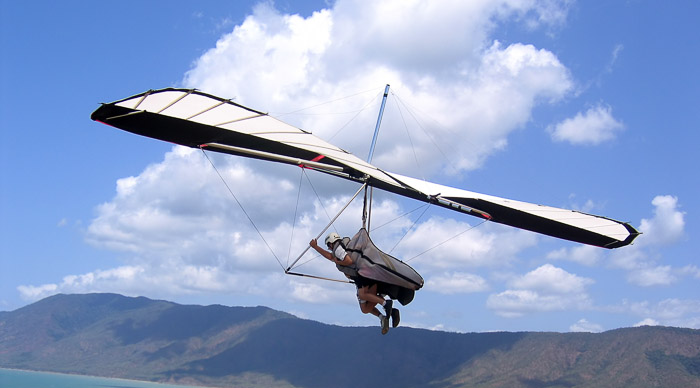 The Tandem Hand Gliding Lessons are a perfect way of getting the view that you’ve always dreamed of. After learning the basics and the rules, you’re taken to the skies and made to glide like a bird. After that it’s just you, the birds, the wind and the breathtaking landscapes below you. And don’t bother about the controls because there’s a highly trained pilot taking care of that. This tour lasts for 15 – 50 minutes, depending on the wind and offers you surreal views of the San Bernardino topography.