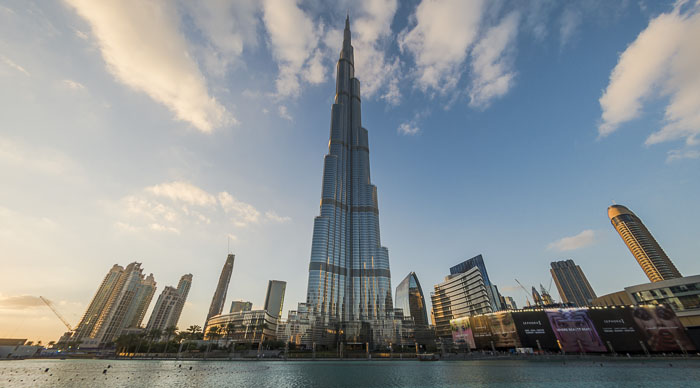 Where you choose to spend your holiday says a lot about the kind of things you value. With more and more travellers hitting the road than ever before, the travel industry is currently witnessing some of the best days that it has ever seen. However, there are a few sights and attractions which are known to stand out from among the millions of attractions present on the planet. The attractions mentioned on this list not only rank as among some of the top most visited attractions around the world, but also offer an unparalleled experience for each of their visitors and promise an entirely unique experience to all sorts of travellers.

Here comes the top 12 most visited attractions around the world:

The Burj Khalifa, the tallest building in the world, is one of the most impressive feats of engineering and architecture that the world has ever seen. It boasts of two observation decks, one on the 148th floor and the other one on the 124th floor. It also features a restaurant-cum-bar on the 122nd floor. The views are by far the best experience that Burj Khalifa has to offer, but a meal at the 122nd floor restaurant is also known to be worth it. Also do enjoy the Dubai Fountain that displays the magnificent water show.

Insider Tip: A trip to the 148th floor offers an exciting VIP experience which includes a guided tour, refreshments and an interactive screen that allows you to fly to different city landmarks.

Visit the top at the 124th floor in Burj Khalifa with Skip-the-Line Entrance Tickets!

If there’s just one thing that you can do while in Barcelona, make sure that it’s a trip to the Sagrada Familia. The fact that it’s been under construction for more than 100 years alone warrants a visit, but when you consider that its construction was Antoni Gaudi’s obsession, you simply cannot miss out on a Sagrada Familia tour. Sagrada Familia is famous for being a unique piece of art which boasts of a geometrical shape and decorated towers. Its stained glass windows allow sunlight to enter the temple and create a magical color-scheme. It also features spectacular columns which remind us of trees that just split their branches.

Insider Tip: While the attraction offers an impressive experience in its night tour, it is best viewed during the day.

The Niagara Falls attracts millions of visitors each year, and is particularly popular among couples and romantics. Located on the border between US and Canada, the Niagara Falls is home to three majestic waterfalls which spill approximately 6 million cubic feet of water by the minute. It is considered to be more accessible than any other falls on the planet and is without doubt, the perfect attraction for all age groups and for people with all sorts of interests.

Insider Tip: Some of the must-see attractions worth checking out while visiting the Niagara Falls include Clifton Hill, Niagara Skywheel and Ripley’s Believe it or Not.

Disney’s Magic Kingdom, famous as the place where magic comes alive, is considered to be high on to-do lists for virtually all families around the globe. It remains to be the most visited theme park on the planet and brings you closer to all your childhood fantasies. Meet Anna and Elsa from the movie Frozen or jump on board the Seven Dwarf’s Mine Train. Explore Cinderella’s Castle or marvel at the mysterious wonders of Space Mountain and Jungle Cruise. And that’s just the beginning!

Insider Tip: Try and time your visit so that you get to catch the spectacular fireworks display which takes place on many nights.

One of the oldest and most iconic bazaars of the world brings you closer to all sorts of fascinating goods and products such as hand-painted ceramics, patterned carpets, ancient lanterns, beautifully carved ceramics and Byzantine-style jewelry. A trip to the Grand Bazaar always involves a lot of bargaining and if things suddenly get overwhelming, all you need to do is take a break with a cup of Turkish coffee or some doner kebabs.

Insider Tip: In order to bargain like a pro, lowball the starting offer and don’t think twice before walking away.

It is entirely possible to lose yourself in the Vatican Museum and spend days exploring the endless wonders that it offers. The museum is home to some of the most impressive works of art and over the centuries, Vatican officials have kept adding on to the burgeoning collection. The good news is that the entire art collection is open to the public, but the bad news is that its vast labyrinth of treasures can often leave you confused and perplexed. Some of the main highlights include treasures from Egypt and Etruria, the spiral staircase, ancient Roman sculptures, countless ceramics, mosaics and tapestries and the world famous Sistine Chapel, the most famous painted ceiling on the planet. You can also check out frescoes created by Michelangelo and Raphael while in the museum.

Insider Tip: Take your time while at the museum. The treasures are not going anywhere, and it is okay to spend the entire day just exploring the Vatican Museum.

Musee Louvre, the largest museum in the world, has always been at the center of controversy. It is famous as an art-lovers paradise and is home about 35000 works of art by some of the greatest grandmasters that the world has ever seen. Some of the most famous exhibits of the museum include Leonardo Da Vinci’s Mona Lisa, the 69-foot glass pyramid entrance, the Aphrodite statue and Michelangelo’s Death of the Virgin.

Insider Tip: Visit the museum in the evening on Wednesday or Friday. Since the museum is open till 9.45 PM, it lets you beat the crowds.

Insider Tip: Walk around the back and take the bridge to the Ile Saint Louis Island. One of the most popular eateries of Paris, the Brasserie de l’Île St Louis, is located there. 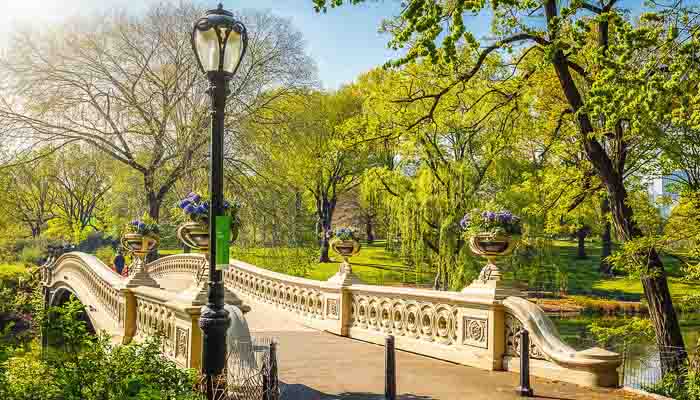 There is certainly no shortage of large green spaces in New York City, but none manage to offer the charm or appeal that makes Central Park one of the most visited attractions on the planet. This fascinating oasis of green is spread over 850 acres and is known to be very popular among tourists and locals alike. Check out the modest zoo, climb to the very top of a 19th century castle, gaze at the surrounding skyscrapers, enjoy a horse carriage ride or simply breathe in the breathtaking natural beauty – the options are endless.

Insider Tip: Keeping up with the various events that take place in Central Park can prove to be a major challenge. However, a little bit of research should let you get access to exciting happenings such as open air concerts, live DJs, tango lessons or opera concerts. 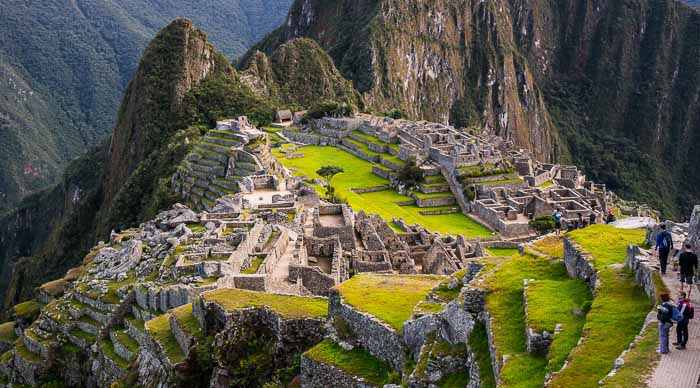 Machu Picchu, the Lost City of the Incas, may not be high on the number of travellers that it manages to attract, but that’s simply because of the restrictions that have been put in place. Considered to be the most famous attraction in South America, Machu Picchu is a dream come true for millions of tourists. It boasts of 12 acres of ancient staircases, temples, gardens and aqueducts and provide glorious stories of one of the most majestic civilizations of ancient time. It might be located at a distance of just 4 hours from Cusco, but seems to be a setting from another planet. The perfect way to experience the grandeur of this ancient city is to check out the sunrise views that it offers. To do so, you need to get up around 04.00AM and catch the first bus which departs from Aguas Calientes. Witness one of the seven wonders of the World – Machu Picchu.

Insider Tip: If you’re an avid photographer, the best time to visit Machu Picchu is at 06.00 AM (when the gates first open for visitors) or after 04.00 PM (when there are hardly any tourists on site).

The Eiffel Tower, one of the most romantic attractions on the planet, is another must-see while in the City of Light. Even if you don’t feel like visiting the tower, you can always see its top from just about any part of the city. Gustave Eiffel may have created the Eiffel Tower as a temporary exhibit, but its popularity ensured its survival over the years. Today, it is impossible to think of Paris without the tower and the view from the top is simply worth dying for. The Eiffel tower is everything you expect it to be, absolutely amazing!

Insider Tip: Fitness freaks can climb up to the second level of the tower using the 704-step stairs on the south pillar. 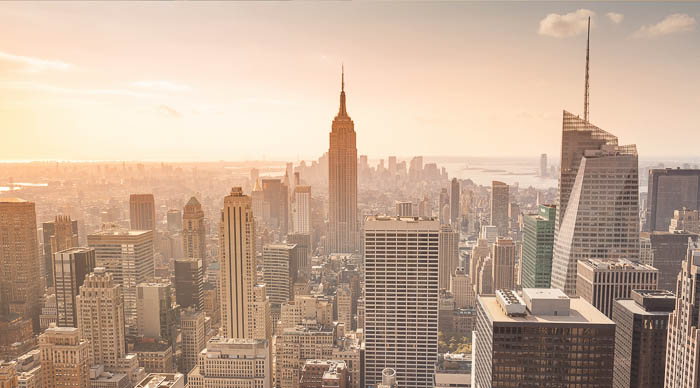 The Empire State Building, or ESB, is the tallest structure in New York that rivals the Chrysler Building for the honors of being the best in its class. The views that its 86th floor observation deck has to offer are known to be breathtaking and are famous for offering a once-in-a-lifetime experience. You won’t be the only tourist visiting the ESB, so be prepared for a long wait. Ticket prices are steep, but the $45 for an express pass is entirely worth it. It saves you the time you’d otherwise spend waiting in the queue.

Insider Tip: For an extra $15, you can get a ticket to the 102nd-floor observation deck, which is known to offer a more intimate experience. 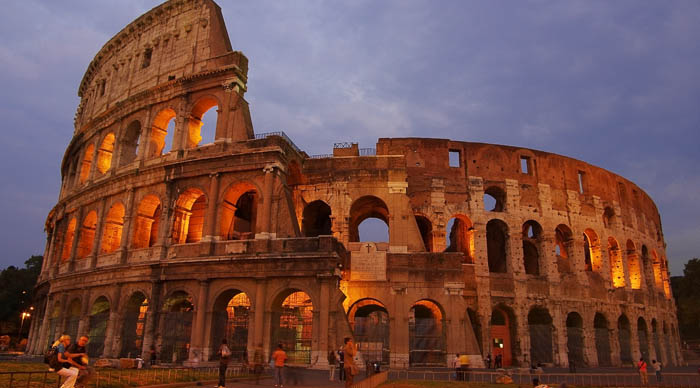 The Colosseum, one of the most stunning ancient structures in the world, was once famous as a battle arena where gladiators fought battles to their death. Its construction was started by Roman Emperor Vespasian and completed by his son Titus in the year 80 AD. The opening ceremony lasted for 100 days and included some of the greatest fights and the killing of 5000 animals. The amphitheater could host up to 70,000 spectators and it was built in a way to offer perfect views, irrespective of where one sat. Today, the Roman Colosseum might be a shadow of its former glory, but it still manages to draw millions of visitors year after year. While in Rome, feel like a true Roman with Colosseum by night.

Insider Tip: Book a combo-ticket at the Palatine Hill or the Forum because the lines are shorter here than at the Colosseum. We would also recommend you to carry lots of water while visiting the majestic arena.

Now that you know which are the top 12 most visited attractions around the world, it’s must be time to see some of them – start now by Booking your tickets and reserve your seats.