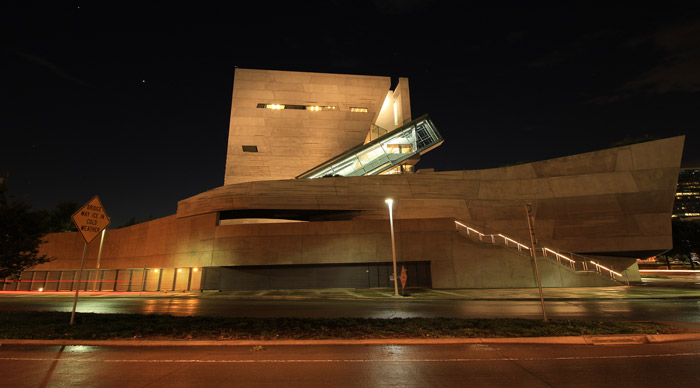 From the iconic Empire State Building of today to the Great Wall of China of yesterday, we are well aware of some of the top past and present attractions around the world. But what about taking a journey into the future?

While a journey into our past can be incredibly romantic, a journey into the future is always exciting and a lot of fun. Today, we celebrate the “Look into the Future” theme to introduce you to some of the top futuristic attractions that show you how architecture and technologies are shaping up around the world.

The Perot Museum of Nature and Science in Dallas is an 180000 sq. ft. architectural wonder that has been designed by architect Thom Mayne. Known to be a feat of architectural ingenuity, the museum manages to create a futuristic urban environment without compromising on green principles. It also boasts of exciting features such as a continuous-flow escalator which travels a distance of approximately 54-feet, a roofscape that has been planted with species that are tolerant to droughts, beautiful water features and the super popular Leap Frog Forest, an area that is full of glowing amphibians.

Gardens by the Bay, Singapore

The Gardens by the Bay opened in the year 2011 and has become one of the top tourist attractions in Singapore ever since. The Gardens are home to a number of botanical attractions, with the Super-Tree Grove being the most famous one. This grove contains an amazing collection of man-made structures that rise to a height of 16-storeys and are full of photo-voltaic cells which generate solar energy as well as living plants. These man-made “trees” are best seen at night, for once illuminated, they look particularly enchanting. The Flower Dome, the largest columnless greenhouse on the planet, is another major attraction here. It has been designed using thousands of glass panels and is full of blooms from all over the world.

The Ordos Museum in China is located in the Gobi Desert and its copper-toned metal exterior has become famous for its beautiful reflections of the desert landscape. The museum has been created by architectural firm MAD and is extremely popular for its imaginative urban solutions and beautiful designs. The landmark emerged as the first architectural icon of Ordos, a town that was recently developed in the year 2011.

The National Museum of Qatar, Doha

The Middle East has truly emerged as the place to be for all those interested in futuristic architecture. Backed by oil money and a beautiful vision, most major cities in the Middle East have now emerged as world-class travel destinations. The presence of larger-than-life attractions and futuristic architecture is one of the main reasons behind this growth in travel, and places like the National Museum of Qatar certainly don’t do the region’s reputation any harm. The museum was given a makeover by architect Jean Nouvel and it really hasn’t looked back ever since. Its look has been inspired by the surrounding desert rose and the buildings feature intersecting discs which resemble flower petals and contain concrete panels to give out a lyrical and geometric effect.

Can’t imagine leaving out the tallest building in the world from this list of the top futuristic attractions! The Burj Khalifa opened in the year 2010, but it still remains to be one of the most amazing and awe-inspiring man-made structures on the planet. It set world records ablaze in the year 2010 with the highest occupied floor, the most number of stores, the tallest free-standing structure, the longest travel distance elevator and the highest observation deck. To back all these claims, it also offered mind numbing architecture in the form of a tower whose designs have been inspired by the spider lily with the amazing views of the world’s famous Dubai Fountain. When seen from above, the building also showcases the onion dome motif which is extremely prevalent in Islamic architecture.

The wine museum finds a place in the list of the most futuristic attractions around the world for its sheer audacity. Nothing beats the plans that have been laid out for this outstanding museum, as it is expected to be cantilevered from the side of the mountain so as to offer unparalleled views of those historic vineyards, many of which date all the way back to the 11th century. The museum shall boast of a steel and glass walkway which will jut out of the rock and offer unbroken views of the vineyards, all the way out to Lake Geneva.

Dubai is certainly leaving most other destinations in the world way behind in terms of urban dominance. The Saadiyat Cultural District is just one example of the kind of architecture that this futuristic city plans to offer to its residents. Some of the main attractions that are currently in the works include the Guggenheim Abu Dhabi, whose look is a tribute to Frank Gehry’s work; the Zayed National Museum, an enchanting combination of steel towers whose designs have been inspired by a falcon’s flight; and the only Louvre outside of France, scheduled to be opened in a domed building that boasts of a lattice design to filter sunlight.

One Bligh Street is an urban high-rise located in Sydney’s CBD. It has been termed as one of the top feats of green urban designs and is famous for its double-skin glass façade, natural light, computer-controlled shades which help to regulate temperatures, and a naturally ventilated central atrium. The building also boasts of having the largest vertical garden in Australia, unending views of the Sydney Harbor from its leafy terrace and a “living wall” of plants which serve as the backdrop for its ground-floor cafe.

Visiting any of the attractions on this list promises a fascinating insight into tomorrow’s architecture and lets you marvel at some of the most beautiful man-made creations on the planet. These futuristic attractions might not be as romantic as those of yesterday, but they certainly promise an amazing fun-filled experience that always leaves you spellbound and wanting for more.